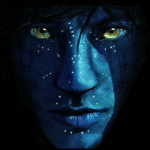 Hello everybody!
Especially the fans of Project IGI, and IGI 2: Covert Strike!!!

Some time ago I started this "fansite" on the IGI games. Its called a "wiki" because anyone can edit the pages on it, yes, you can too. You only need a free account and then you can write about and put up screenshots of all your favorite weapons, characters, and missions.

The wiki is called the IGI Databank and we already have a lot of basic info on the missions and characters. But there's still so much to show and tell!!! If we collaborate and pool in what time we get, I'm sure we can take this wiki to the skies! Maybe then, when the developers see our fan-work they will realize that we want an IGI 3!!!

Can you help? Do you have a little time now and then? or can you contact your friends who would be willing to write info about Project IGI weapons, characters, missions etc? Pictures can also be uploaded freely and easily if they have any.

So I'm looking forward to some Project IGI fans who don't mind sharing their tips and knowledge about the IGI games. The funstuff that is waiting to be filled includes: Weapon details, Character info and nice quotes.

Retrieved from "https://igi.fandom.com/wiki/User:Wonderfl?oldid=11577"
Community content is available under CC-BY-SA unless otherwise noted.