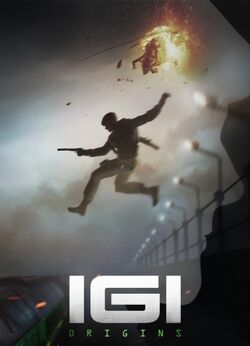 IGI Origins is an upcoming IGI first-person stealth shooter hybrid game from Toadman Interactive. The game is set in an alternate cold war in the sumptuous backdrop of the 1980s, as the prequel to the 2000’s Project I.G.I.: I'm Going In, where you play as an agent in the service of MI6 on active duty, with the code name “Regent”, traveling around the world to complete his objectives in the Institute for Geotactical Intelligence’s mission to unravel a mystery that threatens to plunge the world into nuclear annihilation.

Hacking into a computer

In the midst of a forest fire
Community content is available under CC-BY-SA unless otherwise noted.
Advertisement