The FN Minimi is a light machine gun featured in both IGI games.

FN Minimi occupies the assault rifles slot. It also shares ammo with M16A2, despite both being different weapons. Its large magazine (100 rounds), good accuracy and power make it a very efficient weapon.

The FN Minimi is now correctly in the heavy weapons slot. It is the weapon of choice of Robert Quest. In Chinese levels it is seen as the standard arm of the PLA besides the AK-47 and is also equipped by Chinese special forces. It is categorized as a heavy weapon which makes the player slow down.

Magazine capacity of Minimi is now doubled, though this comes at the cost of its accuracy, which could be increased by using it while crouching or lying prone.

The Minimi in IGI 1. 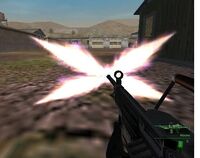 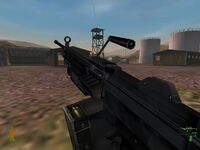 The minimi with ammo visible 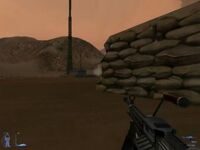 The FN Minimi in IGI 2 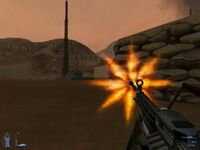 The Minimi shooting style, as of IGI 2
Add a photo to this gallery

Retrieved from "https://igi.fandom.com/wiki/FN_Minimi?oldid=13259"
Community content is available under CC-BY-SA unless otherwise noted.